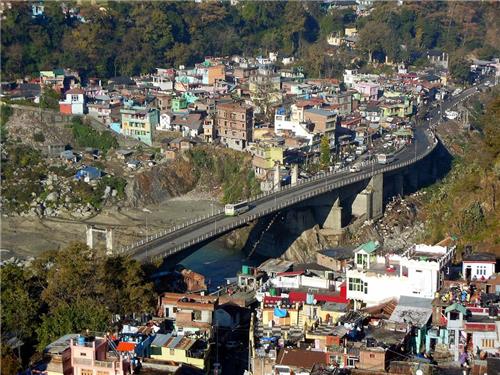 When King Shahil Varman decided to shift his capital from Bharmour to Chamba, he was probably attracted by its remoteness.  Surrounded Shah Madar hills on the east and swift flowing Ravi on the west, Chamba was truly impregnable. While these features kept the invaders away they also made traveling to and from Chamba quite difficult. Thus for a long time the town lay isolated from rest of the world.

However, the scenario is quite different today. With development of roadways traveling has been made easy in Chamba. Now it is easily accessible from every part of India through a network of rail/air and road.

Traveling by Rail to Chamba

Traveling from Pathankot to Chamba 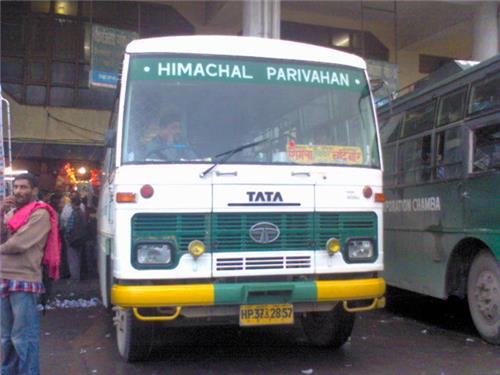 Buses for Chamba can be availed from the smaller Bus Stand located near the Pathankot Junction Station. Most of these buses are run by Himachal Road Transport Corporation (HRTC). Many private agencies also run regular bus service in this route. There is also a Taxi Stand located close to this Bus Stand. If you are interested in a swifter and more comfortable journey you may also consider such an option.

Pathankot to Chamba by Road

If you want to reach Chamba from Pathankot by road there are three options to consider. In each case, you must first take up NH 20, which is also known as Pathankot Mandi Road.

A second alternative is to take SH 27 and then Chamba Road. In this option, you first take NH 20 and then SH 28. Instead of turning left near Lahru to continue on SH 28, you continue straight and meet SH 27, which ultimately meets Chamba Road.  Cross the Shitla Bridge across River Ravi to enter Chamba.

The third option is to start on with NH 20 and drive until you reach Haryal. Here at 32.29 N and 75.75 E, you take a left turn and enter State Highway 33. The road passes through Baniket and Chamba to end in Tissa valley. It generally takes around three hours to cover this distance.

Traveling by Air to Chamba 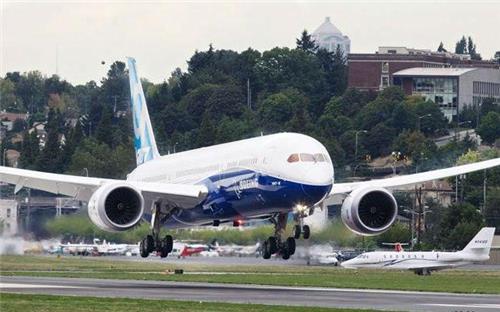 For those wanting to travel by air Gaggal in Kangra is the nearest airport.  From there you can take NH 20 and then SH 43 to reach Chamba in around three hours.  Local taxis are also available at this airport. To know more about Gaggal Airport you may click here

From Gaggal to Chamba by Road

To reach Chamba from Gaggal you must first take National Highway 20. It meets State Highway 43 near Hatli at 32.22 N and 76.17 E.  The later is also known as Shahpur Chowari Raod.  At Chowari you need to take SH 27. Keep driving until you find Chamba Road on your right. Cross the Shitla Bridge across River Ravi to enter Chamba.

From Dalhousie to Chamba

It is easy to visit Chamba from Dalhousie, a popular tourist resort near Chamba. If you start in the morning from Dalhousie by taxi you will reach Chamba by lunch. A one way trip by taxi is going to cost you around INR 400. You may also try trailers running between these two cities. In such a case, you may have to pay INR 100 per seat. 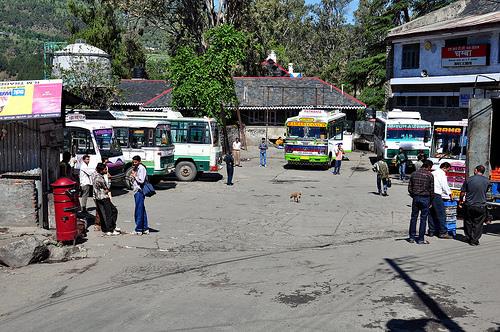 
Majority of buses plying through Chamba are run by Himachal Road Transport Corporation.  The Bus Stand is centrally positioned close to the Chougan on MDR 52 and hence is easily reachable from every corner of the town. While tickets for your bus journey can be bought from the bus stand only you may also avail their online booking option.  To contact the Booking Office over telephone you may call at 01899-254280.

In addition, the Corporation runs four ordinary buses to state capital Shimla.  On way they stop at a number of important cities like Kangra, Solan, Una, Hamirpur, Bilaspur etc. Depending upon the route the fare ranges from INR 536 to INR 576.

To know more about HRTC services in Chamba

To know more about HRTC services in Chamba you may either click here or call at the following numbers:

Major District Road 52 (MDR 52) is the most important road in Chamba. It starts near Shitla Bridge across Riaver Ravi and then runs right through the town. The most significant areas of the town are located on both sides of this road.  Other than this, some other important roads in this city are Chamba Pathankot Road, Dahousie Road, Chamba Bypass Road, Chamunda Road etc.

While private taxis are available for sightseeing, most visitors prefer to walk around the city. This allows them imbibe the spirit of the place and enjoy every moment of the stay.