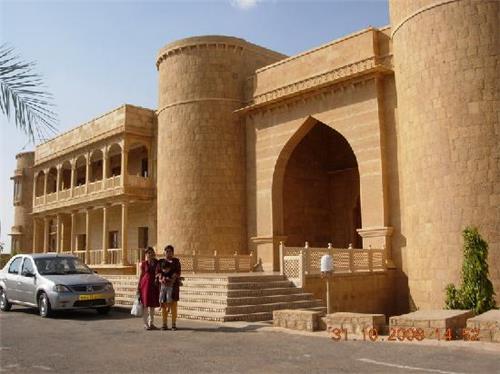 Although the history of Chamba goes back to 2000 BC it was not until 6th Century AD that a stable political system could evolve there. The first name that we come across is that of King Maru or Maruth. He belonged to the Mushana Rajput dynasty and is said to be a descendent of King Kusha, the younger son of Lord Rama. According to legend, he came here in 550 AD from a place called Kalpagrama; whose geographical location is yet to be determined.

When Maru came to Chamba the area was ruled by small chieftains titled Rana. Maru subjugated many of them and carved out a kingdom for himself. He then set up his capital at Bharmour, then known as Brahamputra.  The dynasty he set up is the oldest in India and succeeding kings continued to rule uninterruptedly until the state’s merger with independent India.

After Maru’s death, his youngest son Jaistambh, became the king. He is said to have accompanied his father from their native land Kalpagrama. Many historians are also of the opinion that while Maru created the kingdom, Raja Jaistamhb was the first king to rule over Chamba. After his death, his successors ruled over the area for more than three hundred years from their capital at Brahamputra. However, nothing is known about these kings

The next name that we come across is that of King Shahil Varman. He is said to be the 20th king after Raja Maru. He came to power in the beginning of 10th century AD. Until his time, the kingdom was restricted to the present day Bharmour subdivision. The rest of the area was ruled by different Ranas. They were constantly at war with each other. Shahil Varman took this opportunity to expand his territory and very soon a large tract of land beyond Budhai Valley was included under his kingdom. He later established Champavati (present day Chamba) and shifted his kingdom to the newly built town.

From 940 AD onwards in Chamba

It is believed that King Shail Varman ruled until 940 AD. From then onwards the state of Chamba continued to be ruled by different kings of the Mushana Dynasty from their capital at Champavati, which later came to be known as Chamba.  Following are some of more famous kings of Chamba in Himachal Pradesh:

After the death of Raja Balbhadra Varman in 1641, his son Raja Prithvi Raj Singh came to power. He was a contemporary of Mughal Emperor Shahjahan and ruled from 1641 to 1664. He used to visit the Mughal Court very often and imported Mughal art and culture in the hills.

After the death of Raja Prithvi Raj, his son Chatter Singh came to the throne. He ruled from 1664 to 1694. He was a powerful king, who had courage to defy Mughal Emperor Aurangzeb.  On one occasion, the Badshah had ordered that all well known temples in Chama should be demolished. The king not only disobeyed the command; instead he had their pinnacles plated with gold. Angry Aurangzeb then summoned him to Delhi. Fortunately for the king, the emperor was soon embroiled in a conflict in the Deccan and forgot about Chamba. 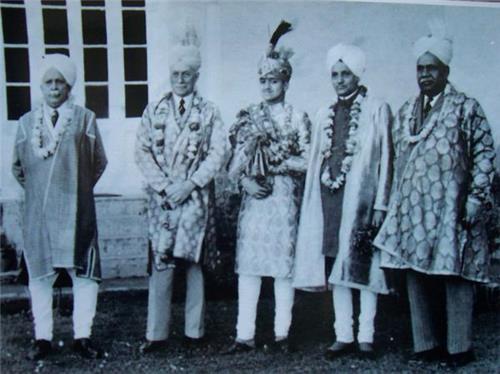 After the death of Chatter Singh, the following kings came to power in succession:

Raja Jit singh, who ruled from 1794 to 1808, was a great warrior. As a young prince he led a successful expedition to Kashtwar in Kashmir. After coming to power, he also conquered Basholi, but returned the territory after the King of Basholi agreed to pay war indemnity.

As Raja Jit Singh died in 1808, his son Charhat Singh came to power and with him began a new era. Charhat Singh ruled from 1808 to 1844. The political condition of the North West India was very unstable at that time. On one side, Maharaja Ranjit Singh of Punjab was trying to carve out a large Sikh Empire by conquering neighboring states and on the other, Raja Sansar Chand Katoch of Kangra was trying to subjugate the Gorkhas and enlarge his kingdom.  Under such a scenario, Chamba was forced to tread very carefully and side with the Maharaja.

In 1809, during the reign of Raja Charhat Singh, Wazir Nathu of Chamba helped Maharaja Ranjit Singh to negotiate with Raja Sansar Chand Katoch, as a result of which, Maharaja could lay his hand on Kangra fort and neighboring villages. Wazir Nathu also saved the Maharaja’s life by providing him a new horse during his campaign in Kashmir. As a result, Ranjit Singh ji never tried to conquer Chamba, but provided protection by setting up a garrison there.

However, with the death of the Mahraja in 1839, the position became unstable once more.  This is also the year when Raja Chahat Singh ji was blessed with an heir apparent. So, when the king died in 1844, Prince Shri Singh was still a minor.

When Raja Shri Singh became king he was barely five years old. Under such circumstances the administration was run mainly by Wazir Bagha. This too was a critical period for Chamba.  The Sikh garrison stationed at Chamba was withdrawn because of the Anglo Sikh war. As the Sikh empire crumbled under the British attack, the fate of Chamba became uncertain. At first it was decided that the state would be amalgamated with Jammu and Kashmir. But at the timely intervention of Wajir Bahga, such a decision was withdrawn and Chamba became a protectorate under the British. The Treaty of Lahore was signed in 1846.

Raja Shri Singh ruled from 1839 to 1870. During his reign many welfare measures were taken to improve the condition of the people. The first Post Office in Chamba was opened in 1863 and the first hospital in the region was built in 1866. In addition, the decade also saw two roads being built; one to Dalhousie and the other to Khajiar.

Raja Shri Singh had only one son, who died in infancy. Therefore after his death, his younger brother Raja Gopal Singh came to the throne.  He ruled from 1870 to 1873 and because of some internal problem abdicated the throne in favor of his son Raja Sham Singh.

Raja Sham Singh was coroneted on 17th April, 1873. However, at that time he was only seven years old and so until he became of age he had to function under the Council of Regency. He was entrusted with full ruling power on 10th November, 1984.

Raja Sham Singh was a man of vision and also a connoisseur of art. He not only reorganized the different governmental departments such judicial, postal and public works, but also built many schools, hospitals, roads as well as other infrastructural facilities like post office, court, kotwali and jail. It is also believed that the suspension bridge across River Ravi was built by Raja Sham Singh. He also built an asylum for the leprosy patients.

The Raja also undertook a number of beautification programs to revamp the city of Chamba. He not only built gardens and parks, but also tried to give the town a beautiful look by relocating haphazardly constructed buildings. His progressive outlook attracted Lord Curzon and in September 1900 he paid a visit to Chamba. Curzon Gate, now renamed as Gandhi Gate, is a reminder of the visit. He also received a number of Gold Medals from the British for service to the poor and was invited to attend Imperial Durbar at Delhi in 1877 and Coronation Durbar in 1903.

Very soon, Raja Sham Singh became ill and as he felt that he could not carry on his royal duties any more he abdicated in favor of his brother Raja Bhuri Singh on 22nd January 1904. The Raja died in 1905. 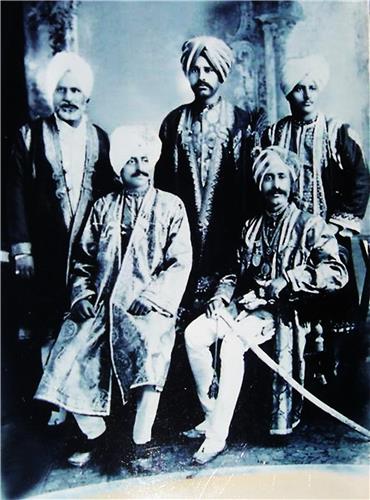 Raja Bhuri Singh ruled from 22nd January 1904 to 22nd September 1919. He was also a connoisseur of art and was very keen on preserving the art and culture of Chamba. When Bhuri Singh Museum was set up he donated all his inherited art collection to the museum.

After the death of Raja Bhuri Singh, his eldest son Raja Ram Singh came to the power. He ruled from 22nd September, 1919 to 7th December, 1935.

Raja Ram Singh’s son Raja Lakshman Singh was the last king to rule over Chamba. He was coroneted on his father’s death on 7th December, 1935. As India became independent on 15th August 1947, he was requested by the political leadership of the country to join free India and take part in its development. Accordingly, he signed the Treaty of Accession on 15th April, 1948 along with other princely states of this region. Thus ended the longest ruling dynasty of Indian sub continent

Explore more about History of Chamba