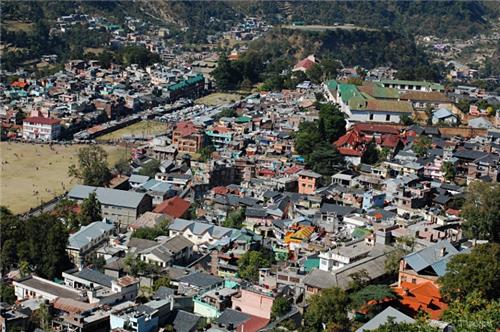 Unlike most other hill stations, the city of Chamba is located on successive flat terrains. Since the town is bounded by River Ravi on the west and Shah Madar Hills on the east it has grown mostly in north south direction and has an elongated shape.

Just as many other ancient towns in India, Chamba can be divided into two distinct parts – the old and the new. The older part of the town is located to the east of the Chowgan. It consists of those areas, which were built between 920 AD and 1846 AD. During this period, the state was under the control of sovereign rulers and the buildings as well as the town layout followed the traditional Hindu architecture. However, many buildings constructed after 1641 have a Mughal touch. Most of the heritage temples in Chamba are located in this part of the town.

The newer part of the town was built after the state became a protectorate under the British. Consequently, this part has a touch of British architecture and follows a more modern street pattern. 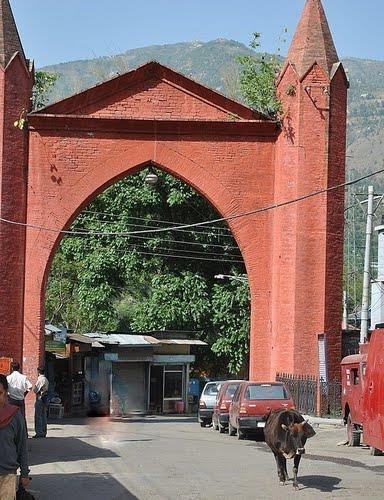 The city of Chamba is divided into different neighborhoods known as Mohollas. Chowgan Mohalla, Mohalla Sapri, Mohalla Surara, Mohalla Bangotu, Dharog Mohalla are few of the older localities of the town.  Besides, there are Sultanpur, Jansali, Upper and Lower Jalukari, Hardaspur, Adarshnagar, Mugla, Karian etc.

If you look at the map of Chamba, you will find that the River Ravi has divided the northern part of the town into two halves. While Sultanpur is located to the west of the river, Chowgan Mohalla lies to its east.  This mohalla is one of the most important part of the town and houses many heritage monuments like Champavati Temple, Lakshmi Narayan Temple, Radha Krishna Mandir, Sui Mata Temple, Hari Rai Temple, Chamba Palace, Church of Scotland, Bhuri Singh Museum and the Gandhi Gate etc.

This area also houses a number of important government buildings like Police Station, Post Office, and Government P.G. Collage etc. The Chamba Bypass passes through the northern part of this Mohalla. Dogra Market and the Main Market is an important shopping destination in this part of the town.

Sapri Mohalla is located to the south of the Chowgan Mohalla. The Chamunda Mata Temple and Sitaram Temple are two most important tourist attractions of this Mohalla.  The District Court on Pink Palace Lane is another important edifice here.  In addition, the area houses many hotels and lodges.

Jansali is located to the west of the Chowgan. It has Sapri Mohalla to its east and River Ravi to its west. Chamba District Jail and the Forest Conservator’s Office are located in this part of the town. The Vajreshwari Temple and Guru Ravi Das Gurudwara are two important religious spots here.

This neighborhood is divided into two parts, the Upper and Lower Jalukari.  The Police Line is located in the Upper Jalukari. Hotel Asiana Regency, one of Chamba’s best hotels is also located in this part of the town.  The Cricket Ground is also another attraction of this locality. 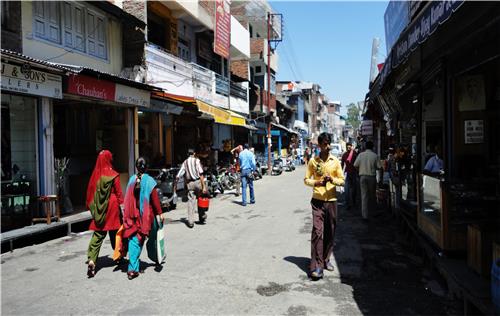 There are four major roads in Chamba; they are Chamba- Pathankot Road, Chamba-Bharmour Road, Sui Devi-Chamunda Hardaspur Road and Chaugan Road. Among them Chamba – Bharmour Road is officially known as Main District Road 52 or MDR 52. It runs through the eastern part of the town and connects it with Dalhousie on one end and Bharmour on the other. The Chamba Bus Stand and the Circuit House are located on this road. The Sui Devi-Chamunda Hardaspur Road runs through the eastern part of the town in the north south direction while the Chowgan Road runs through its middle. 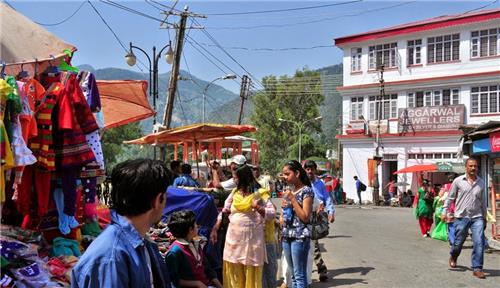 Source
The area around the Chowgan needs special mention because this area is said to be the nerve center of the town. Shopping arcade built during the British period is still a popular tourist destination. In addition, it has number of heritage monuments as well as hotels and lodges located close by. Government offices located nearby makes it even more important.  However, the ground, measuring 800 meters by 80 meters, is the chief attraction both for the locals and the tourists. During the summer days one can see the residents lounging here and during the Minjar Fair, the whole ground turns into a flea market. In short, if any area is termed the most important in Chamba, it is the area around the Chowgan.