Folk Songs and Dances of Chamba 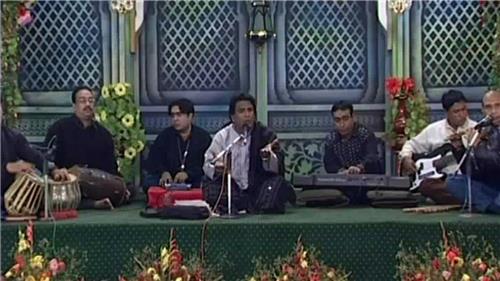 Just as in any hill state, music and dance play an important part in the social fabric of Chamba. No occasion is complete without them. People here sing and dance for their own enjoyment and so these come out spontaneously from the bottom of their heart. Indeed, it is great pleasure to be able to listen to their songs or to watch them dance with gaiety. At the same time one has to understand that these folk dances and songs reflect the social customs and traditions of the area; so if you intend to study the social mores of Chamba, you will have to study their folk songs and dances.

The people of Chamba sing different types of songs to suit different occasions. For example, during marriage ceremony they sing ‘Charlai’. Through these songs, the relatives of the bride and the groom seek the blessings of the God. Other variant of the wedding songs talks about what kind of groom to select and the bride’s expectation regarding such matters. A different kind of song is sung while the groom’s family sits down for lunch. These songs are very humorous and are meant to tease the groom’s side. Then again, Vidayeegiti is sung at the time of the bride’s departure or vidayee. These songs depict the sadness felt by the bride and her relatives. Ainchali is another genre of song, which is sung throughout the night when there is a wedding in the locality. 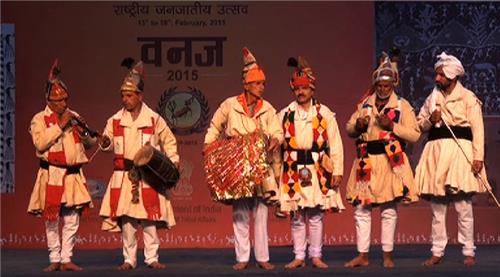 Ainchali is one of the most popular folk songs of Chamba. These are not simple wedding songs. They are actually devotional songs sung to gratify the Lord and are mostly sung during the Naula ceremony, which is a sort of thanks giving ritual to Lord Shiva. A unique point is that, these songs are generally sung by women in the house of unmarried girls and by men in the house of married couple.

Ainchali songs are sung in three parts. The first part, which is sung in very slow rhythm, is known as Brahmakhara. This part generally involves praise (stuti) of different gods and goddesses. Sometimes, different mythological tales are also told in this part.

The second part of Ainchali is known as Bharath; it is sung in a faster rhythm. However, when it reaches the third part known as Varis, the beat becomes even faster. In these parts, the theme revolves on different mythological as well as historical tales. The marriage of Shiva and Parbati, the tales about Rama and Sita, birth of Krishna, the events at Vrindavan, Radha Krishna Leela etc are some of the favorite themes of these songs.

Sometimes, Ainchali is accompanied by dancing. In such a case, the singers as well as accompanying musicians sit in a semi circle while the dancers dance to its tune.

Different types of songs are sung during festive seasons. For example, Kunjari Malhar and Sukart and Ghanihar are sung during the Minjar festival. Kunjari is also sung during monsoon festival known as Patroru; in this festival, dishes are prepared and are exchanged among friends. 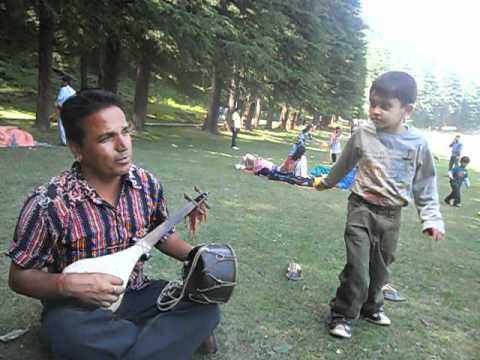 Another genre of songs in Chamba is based on popular love stories. Among these, the song that depicts the love between Kunji/Kunju and Chanchlo is most popular. According to folk tales, Kunji was a village boy belonging to a low caste while Chanchlo was a city girl belonging to a high caste and so their love affair was not taken kindly by the girl’s parents. So, Kunju went off to a distant land to become rich so as to win his lady love. The songs talk about the pain of their separation and the longing for each other.

However, the story of Phulmu and Ranjhu is exactly the opposite. While Ranjhu was the son of a rich father, Phulmu belonged to a poor family. Although they loved each other Ranjhu’s father forcibly married him into another rich family. When Phulmu heard this she committed suicide. The song, which is sung in typical Gaddi beat, talks about their love and the pain of separation.

Then there is the ‘Raja Gaddan’. It speaks of the love between Raja Hari Singh and a Gaddi woman.
'Bhunku Gaddi' depicts the long wait of Gaddi women, who are left alone during the winter while the Gaddi men take their sheep to a warmer land. ‘Rupanu Puhal’ is also based on the same theme. In this tale Rupanu is married to two sisters and when he does not come back in time one of them dies. This song depicts the feelings of Rupanu when he hears this news.

In addition to these many other genre of songs can be heard in Chamba. They talk about historical events, social practices and conditions. As a general practice, most folk songs in Chamba are sung without help of musical instruments. However, in many cases, especially during the festivals, flute, dotara and percussion instruments like dhol, nagara, domoru etc are also used. 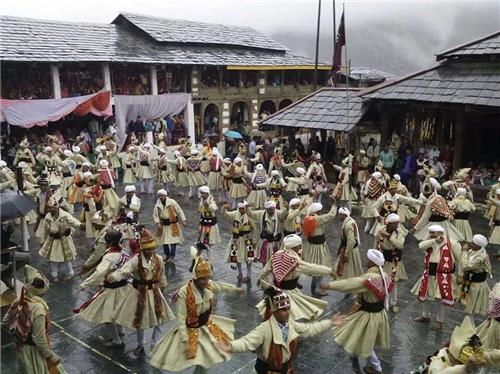 Chamba is also rich in its tradition of folk dances. As we have said in the beginning, no event is complete without them. A unique point about these dances is that most of them start in a slow rhythm and continue for hours before they pick up speed.  Another distinctive point is that each unit of these dances consists of eight claps. However, the talas of these dances can be of four/ six/ seven/ ten/ twelve/ fourteen beats; each of which is of three or four counts. Moreover, different instruments are played for different kinds of dances. Among the instruments used, dhol is the commonest of all. At the same time, there are few like Ghurei, where no instrument is played. The beat in these dances are kept with clapping of hands. 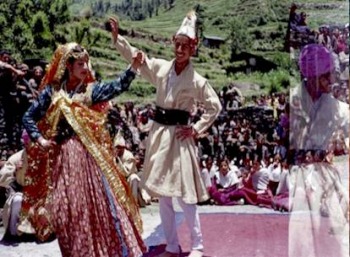 For women in Chamba, Ghurei is the most popular dance form. It is generally performed within the confined of the home. Dancers stand in a circle (ghera in local parlance) and dance to the tune of hand clapping. Often dancers sing different songs.

Dangi is another popular dance form for the women in Chamba. It is a very lively dance, which begins with a slow tempo, but gathers speed as the dance proceed. The songs that are sung with this dance come in the form of conversation between two parties.

The Sikri is the third most popular dance for women of Chamba and is performed mainly at the time of Sui Mata Fair. The songs in this dance depict the beauty of the season and the flowers that bloom during this period.

For the men folk of Chamba, the most popular dance form is Dandaras. It symbolizes the Tandava Nritya of Lord Shiva.  In this dance no song is sung. The dancers stand in semi circle and dance to the beats of the drums. The rhythm in this dance form picks up slowly and towards end it becomes very fast. 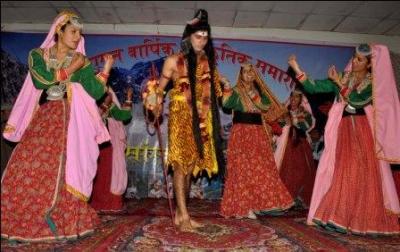 Following are some more popular folk dances in Chamba:

Explore more about Culture of Chamba