Chamba Valley, washed by the mighty River Ravi and touched by three mountain ranges, possesses an unparallel scenic beauty. It has all that a tourist may look forward to while choosing a perfect holiday destination. Here, you will find everything from snowcapped mountains to lush green forests; from swift flowing rivers to lakes and springs, from ancient monuments to a thriving culture that has stood the test of time. In short, the place offers something for everybody. The city of Chamba, located in the midst of the valley, is especially blessed in such matters. Let us start our tour with a look into the ancient monuments in this.

One should remember that since its inception in 10th century AD, Chamba has never faced any invasion; neither has it ever been vandalized by any marauding enemy force. That is why, unlike many other places, Chamba has many ancient monuments standing erect even to this day. However, these places of tourist interest can be divided into two distinct groups; the first category includes the temples built before the advent of the British and the other that includes places built after their arrival.

Temples in Chamba Built Before 1846

Many of these heritage buildings, which were built before the advent of the British, are to be found in the old township, located to the east of the Chowgan.  Lakshmi Narayan Temple, Champavati Temple, Hari Rai Temple etc can be included in this category. However, some like Vajreshwari Temple, Chamunda MataTemple, Suhi Mata Temple, Sita Ram Temple etc are found in other parts of the town as well. For complete information on these temples you may refer to our pages on Religious Places in Chamba and Lakshmi Narayan Temple in Chamba. 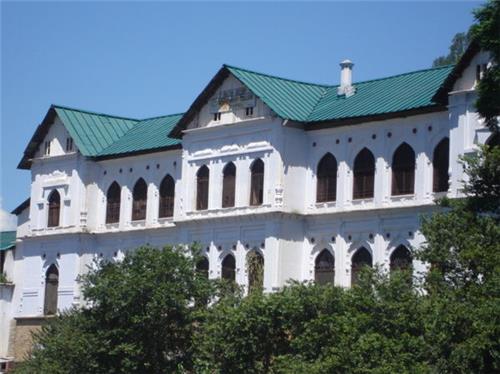 Chamba also has two old palaces built in the eighteenth century AD. They are Akhand Chandi Palace and Rang Mahal. Among them Akhand Chandi Palace was built by Raja Umed Singh somewhere between 1747 and 1765 as royal residence.  Later it was renovated by Raja Sham Singh with the help of British engineers. In 1879, he added a Durbar Hall, also referred as the Marshal Hall after the British architect, to the palace. Raja Bhuri Singh (1904 – 1919) also added a Zenana Mahal to it. As the name suggests, this portion was built for the exclusive use of the royal ladies.

In 1958, the royal family sold this palace to the state government. Today it houses the District Library and the Government Collage.

The Layout of Akhand Chandi Palace 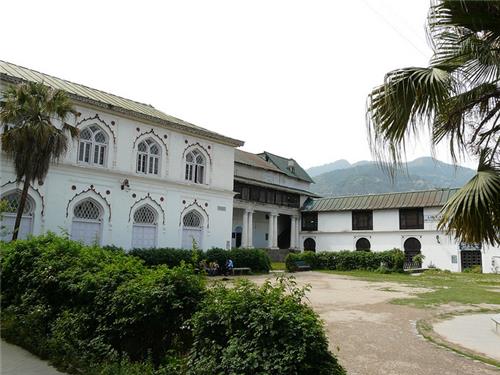 Although Akhand Chandi Palace was built in the pre British era, it has a distinct touch of British design because of later renovations. In fact, the palace showcases a perfect blend Mughal and British architecture.

The Akhand Chandi Palace has a slanting roof and if you see it from the front, you will see that it has been divided into three parts. The palace has numerous windows decorated with arc designs. The interior walls were hand painted and embossed with beautiful glasswork and intricate wood work. It also has a beautiful garden bordered by green hedges and a fountain at the center.

The palace is centrally located and offers a panoramic view of a large part of the town. From here one can see the different city landmarks like the Chowgan, Rang Mahal, Laksmi Narayan Temple, Hari Rai Temple, Bansi Gopal Temple, Shui Mata Temple and Chamunda Mata Temple etc. 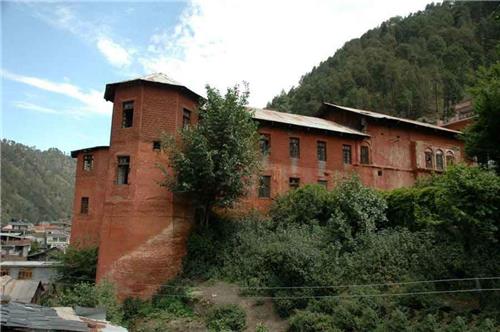 Rang Mahal, located in Suraj Mohalla in Chamba town, is another of the royal palaces that stands till today. While the foundation stone of this palace was laid by Raja Umed Singh in the late eighteenth century the palace was completed in the year of 1860 during the reign of Raja Shri Singh. Just as Akhand Chandi Palace, its structural design shows a perfect blend of Mughal and British architecture.

Apart from serving as royal residence, this palace was also used as store house for royal treasures. Many of the kings of later period were born in this palace. Its rooms were once decorated with beautiful paintings done in Pahari style; they mostly depicted the love life of Lord Krishna and his consort Radha. These paintings are now preserved in Bhuri Singh Museum in Chamba and also in National museum in Delhi.

Today however, the palace belongs to Himachal Pradesh Handicraft Department and houses a shoe factory and an emporium.  The emporium sells beautiful Chamba shawls, Rumals and other handicrafts. You may visit it between 10 AM and 1 PM and then from 2 PM to 5 PM. The Rang Mahal Palace is also open to the tourist. However, you will have to pay an entry fee INR 10 for that. 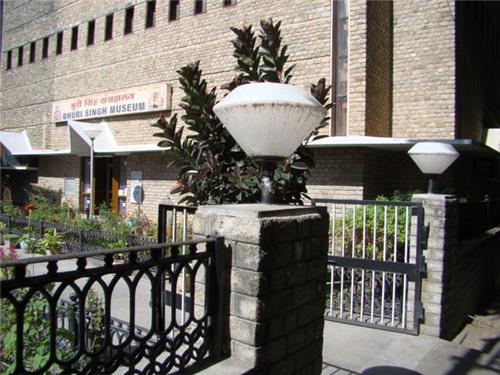 Bhri Singh Museum, inaugurated in 1908, is another of the must see places in Chamba. It was founded during the reign of Raja Bhuri Singh to preserve the cultural heritage of the state of Chamba.  It possesses more 8500 art objects related to the art, craft as well as cultural history of the state. Among these, a large part has been donated by Raja Bhuri Singh from his private collection and family inheritance. To know more you may refer to our page of the same name.

Church of Scotland in Chamba 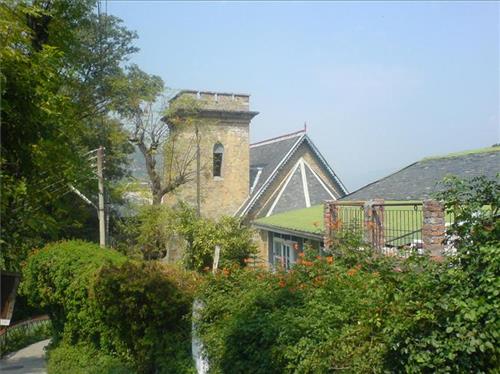 Church of Scotland, located in Chowgan Mohalla, is another post British structure in Chamba.  It is a Presbyterian Church initially built by Reverend William Ferqueen in the second half of the 19th century. Officially it is known as St Andrew’s Church and is located above the main market.

However, the foundation of the new church building was laid by Raja Sham Singh in 1899 in the presence of Reverend Dr. M’Clymont. The king also contributed generously in this cause. The church, with its exposed brick walls, follows the Scottish style of architecture. 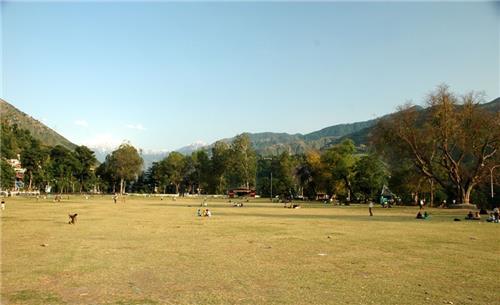 The Chowgan, which means four sided, is another example of the British influence in Chamba. It has been created in 1890 by merging five smaller chowgans into one. It was to be used as an Esplanade and a sport complex by the British. Today, this 800 meter by 80 meter open ground can be considered as the heart of Chamba city and commonly used as playing cricket or just for loitering around in the summer time.