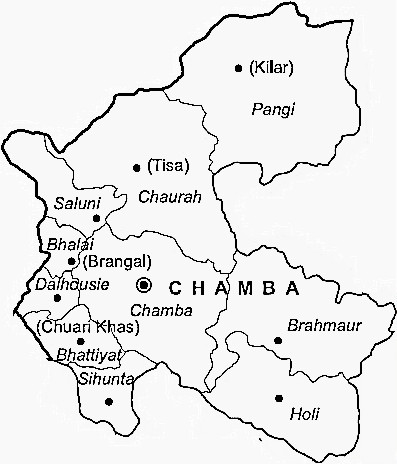 Administrative Set up at Chamba

For effective administration, Chamba district has been divided into 6 sub-divisions, 7 tehsils, 3 sub tehsils and 7 development blocks. They are as follows -

Therefore we see that, Chamba is not only the district headquarters, it is also the headquarters of a sub division, a tehsil and a development block. Therefore, the importance of Chamba from administrative point of view cannot be overstated. 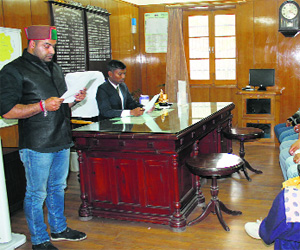 The Deputy Commissioner is the senior-most administrative officer in district. He represents the state government in areas under his jurisdiction and is required by law to perform multiple functions for the benefit of the people. For example, he has to look after the day to day administrative work, safeguard public properties, look after the welfare of the people etc. In case of any manmade or natural calamities, the DC is required to undertake immediate rescue and relief measures. He also has to collect revenue for the government and perform some quasi judicial duties.

The office of the Deputy Commissioner is located near Chamba Bus Stand. If you need to contact him you may visit him personally or call him at the following numbers:

As is expected, the DC is aided in his work by a team of efficient officials. Following are few of them: 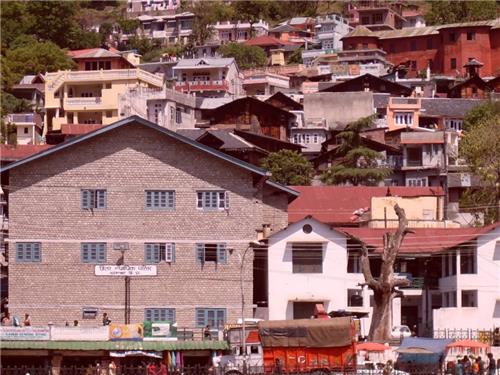 Chamba also has a Municipal Council to look after its civic requirements. For effective administration, the town has been divided into eleven wards, each of which is represented by elected representatives. They work under the guidance of a Chairman, selected from them. While providing drinking water and sanitation facilities are prime responsibilities of the council it is also required by law to undertakes host of other functions for the benefit of the residents such as maintenance of roads and parks, providing relief during natural calamities etc. To know more, you may call at the following numbers:
Office Phone Number: 01899-222422/ 224500
Mobile No: 09418023720 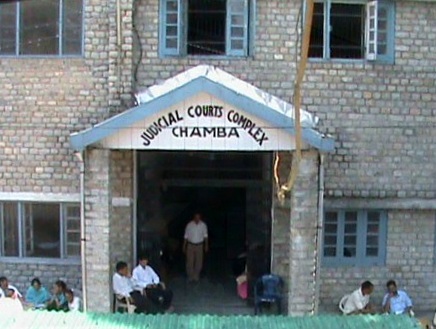 Chamba, being the district headquarters also houses the District Court. It is located on Pink Palace Lane in Mohalla Sapri locality.

Following are few of the important phone numbers that you may take note of:

It is to be noted that Himachal Pradesh has only two District Jails; one of them is located in Dalhousie and other in Chamba. The Chamba District Jail has an authorized capacity of 52 convicts. In 2013, one barrack of this Jail has been declared Open Air Jail for prisoners eligible for such facilities. The scheme has been beneficial not only to the prisoners, but has also helped to reduce congestion in the jail.

The prisoners in Chamba Jail are provided with different kinds of vocational training and the products made by them are sold not only through government shops, but also through exhibitions and fairs held all over Himachal Pradesh. Incidentally, such products are not only better made, but are also cheaper. Besides, the inmates of Chamba Jail are also encouraged to pursue their studies under National Open School Program and Indira Gandhi National Open University Program. To minimize stress music system as well as other recreational facilities have been introduced in the jail.